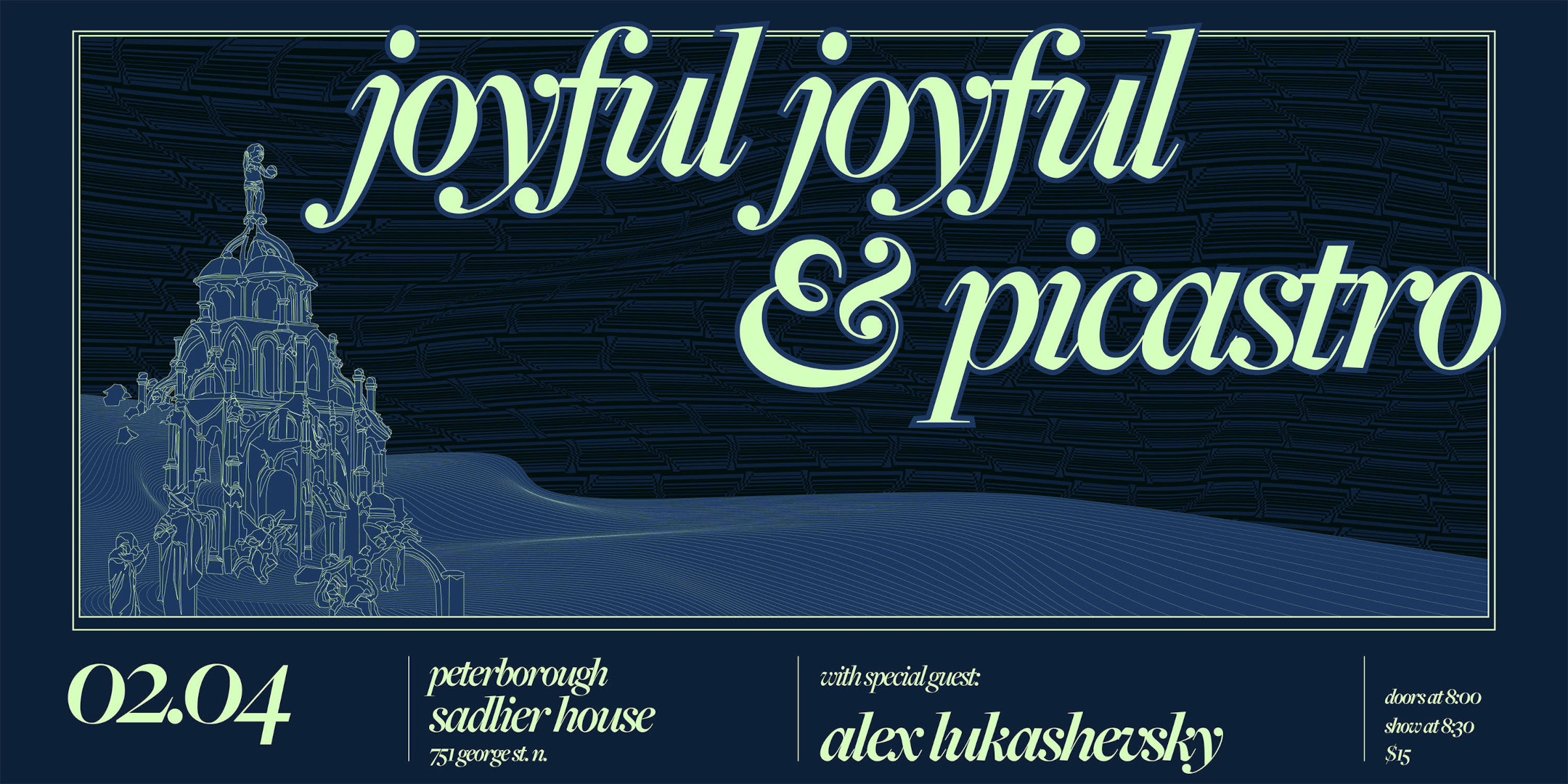 ~﻿~~~~~~~~~~~~~~~~~~~~~~~~~
Joyful Joyful are a Peterborough/Toronto-based duo of voice and electronics. From the singular voice of Cormac Culkeen an enveloping world of electro-acoustic soundscapes is woven.

Their debut album (on Idée Fixe Records) was long-listed for the 2022 Polaris Music Prize. About it, Dominionated's Jim Di Gioia says, "It’s beautiful and heartbreaking. It’s unlike anything I’ve ever heard in my life before and likely won’t ever again."
~﻿~~~~~~~~~~~~~~~~~~~~~~~~~
Picastro is a Toronto based band that has been performing and recording since 1999. The band has had shifting band members with early albums focused on textural string arrangements and subdued vocals with albums released on Polyvinyl Records, Alien 8 and Blocks Recording Club. Picastro has toured extensively in North America and Europe and shared the stage with Godspeed You Black Emperor, Devendra Banhart, Xiu Xiu and Scout Niblett. A nice summary of their sound (from a Pitchfork review by Stuart Berman): "a synth-flushed swirl dramatically uproots the song like a tornado swallowing a home, a moment that feels as liberating as it is arresting."
~﻿~~~~~~~~~~~~~~~~~~~~~~~~~
Alex "Bad Baby" Lukashevsky - From his work with Deep Dark United to music under his own name, Lukashevsky is impossible to categorize. An inviting, albeit coy performer, his rich existential world is like no other. Boisterous and nimble, rambunctious and precise, strange and exciting, his music is fascinating, compelling, original, and fun.